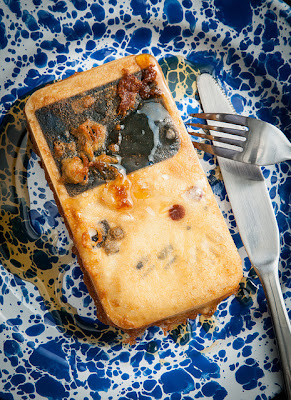 In a project whose title speaks for itself, Brooklyn-based photographer Henry Hargreaves in collaboration with food stylist Caitlin Levin literally deep-fried a series of electronics equipment but don´t you worry, no technologies were harmed in the shooting of this project. Although the gadgets look real, they’re actually recreations made with a material called foamcore, which were then dipped in batter and dunked in oil.
After discovering an online video of an unsuccessful attempt by Japanese youths to deep fry a PSP, or PlayStation Portable, Hargreaves decided to expand on the idea with a photography project.”I like to play with food and the juxtaposition of different worlds,” Hargreaves told The Huffington Post. “Also I see similarities between tech culture and fast food. Quickly devoured and then discarded.”
The series can be taken as a critique on consumerist culture, in which working technological devices are frequently discarded in favor of newer versions.

Avoid fried foods, which angry up the blood. My blood is angry.
at 3:23 PM