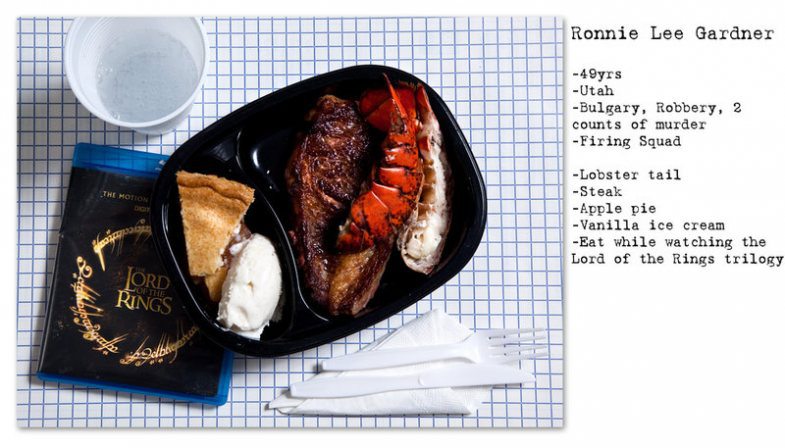 Henry Hargreaves has put together a collection of pictures recreating some of the oddest requests inmates made hours before they were executed. I love the fact that you can see a little corner of their odd personalities. Henry restaged each meal in his studio, with everything down to the table cloth and cutlery matching the era of the execution. The inmates themselves — who were refused alcohol — could only receive a meal costing up to £25.
Henry said: “I tried to recreate the meals as if the prisoner had just sat down to eat and they are looking into their plate. Different prisons, different states and different eras all meant I had to create very different settings for each one. I only picked the most bizarre last meals such as the guy who ordered just a single olive, which easily had to be the strangest. There has been some speculation on the significance of this as an olive is believed to be a symbol of rebirth, so to be buried with an olive pit in your stomach is an interesting notion.”
The photographer focused on death row inmates in America, where an estimated 3,000 people are currently waiting to be executed.