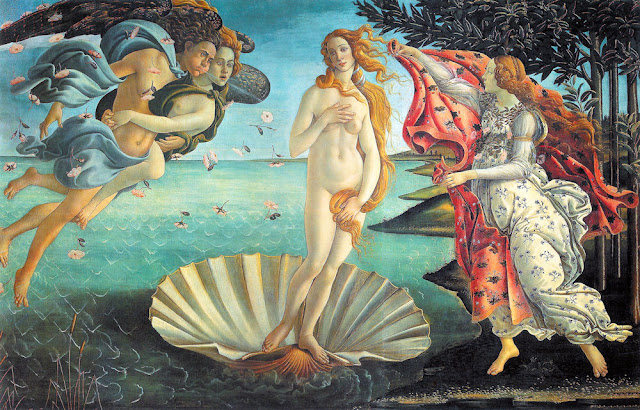 Brilliant, Mike Guppy relecture on famous paintings.
In his animated GIF series “Selected,” artist replaces the subjects of well-known paintings with a colony of marching ants (photoshop selection line).
Artworks by Botticelli, Leonardo, Magritte, Munch and Fuselli are represented with with some elements missing; their formerly occupied space represented in the image by an animation of a selection marquee.
ps.: Click on the picture to see its GIF animation. Nightmare painting buy The Nightmare is a 1781 oil painting by Anglo-Swiss artist Henry Fuseli (1741–1825). Since its creation, it has remained Fuseli's best-known work. With its first exhibition in 1782 at the Royal Academy of London,