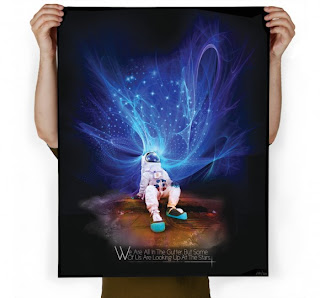 The Most Astounding pics of imaginary

The Imaginary Foundation is a think tank from Switzerland that does experimental research on new ways of thinking and the power of the imagination. They hold dear a belief in human potential and seek progress in all directions. The small clandestine team is headed up by the mysterious “Director,” a 70-something über-intellectual whose father founded the Dadaist movement. Avoiding direct publicity, the team has sought clothing as an unlikely vehicle for bringing their ideas beyond the academic realm and into popular culture.
In his vision for the Imaginary Foundation, the Director knew that the human mind has more than one mode, that indeed it has an “ecology” of being. He knew that imagination, intuition, inspiration are basic to psyche… A philosophy of research began to form: imagination as fundamental to all learning; artistic making as a model of integrating vision, materials, structure, and imagery. The following works are just a few created by The Imaginary Foundation. Enjoy!