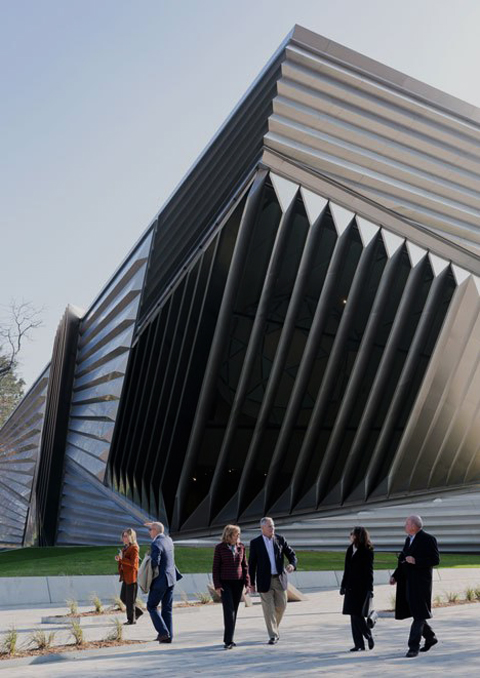 The Eli and Edythe Broad Art Museum, located at the northern edge of the Michigan State University campus, is influenced by a set of movement paths that traverse and border the site. The vitality of street life on the northern side of Grand River Avenue and the historic heart of the university campus at the south side generate a network of paths and visual connections; some are part of the existing footpath layout, others create shortcuts between the city and the campus side of Grand River Avenue. Architects: Zaha Hadid Architects