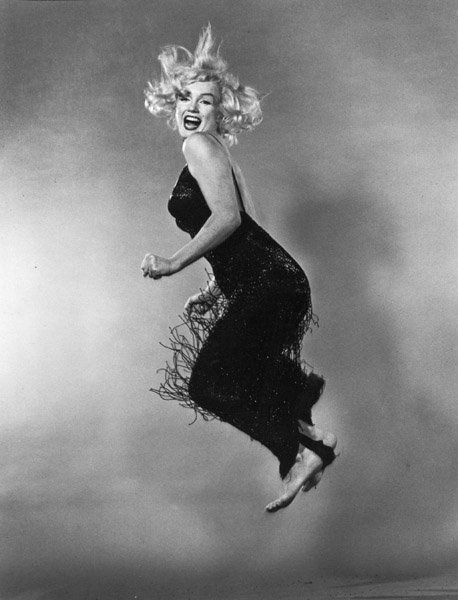 Philippe Halsman (1906 – 1979) American portrait photographer.
In 1952, while photographing the Ford family (the cars) for the 50th anniversary of the brand he had the idea to ask Ms. Ford to jump in front of the camera.
He noticed that skipping forced his subjects to do more to focus on the look they wanted to give this gave them a different expression of their public image.
During the years that followed he finished all his photography sessions by asking the subject to jump, either Richard Nixon or Marilyn Monroe. These photos were compiled in a book called “Jump” published in 1959.

Definition of a classic: a book everyone is assumed to have read and often thinks they have. Alan Bennett
at 11:36 PM